The BioBlitz is a species identification and data collection event where Scientists, naturalists, and volunteers catalog as many critters as possible during a 24-hour period. 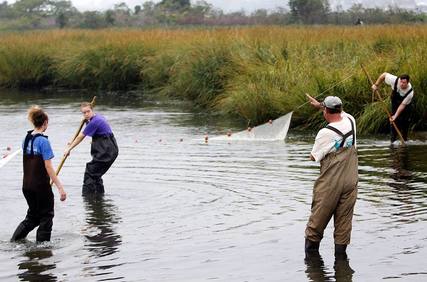 A BioBlitz is a rare opportunity for the general public to engage with scien­tists, educators, naturalists as part of a scienctific endeavor.  The 24-hour events gath­er scientists and volunteers to catalog more than 400 creepers and crawlers, plants and pollinators, mammals and fish.

The American Littoral Society, in partnership with the National Park Service, hosted BioBlitzes in Gateway National Recreation Area. At each more than 150 scientists, naturalists, and volunteers raced against the clock to identify as many species as possible during the 24-hour period. In addition to collecting important scientific data, the BioBlitz demonstrated the importance of Sandy Hook as a habitat to the many members of the public that visit the park. Adults and children of all ages took part in seining programs, a tour of the holly forest, and a night time sky watch. There were also many opportunities for the public to interact with the scientists and naturalists participating in the species count.
Event Highlights 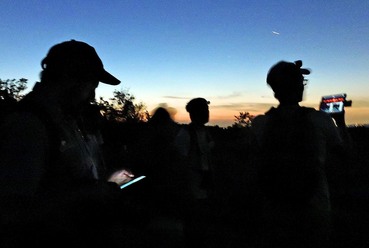 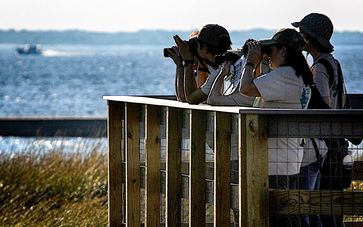 ​
​
The BioBlitz was conceived by world renowned entymologist, Edward O. Wilson. It is part scientific endeavor, part festival, part competition and part educational event. A Bioblitz takes a snapshot of the biodiversity of a specific geographic area, counting how many different species can be found rather than the size of specific species populations.
Privacy Policy
Copyright ​© 2017, American Littoral Society, All Rights Reserved